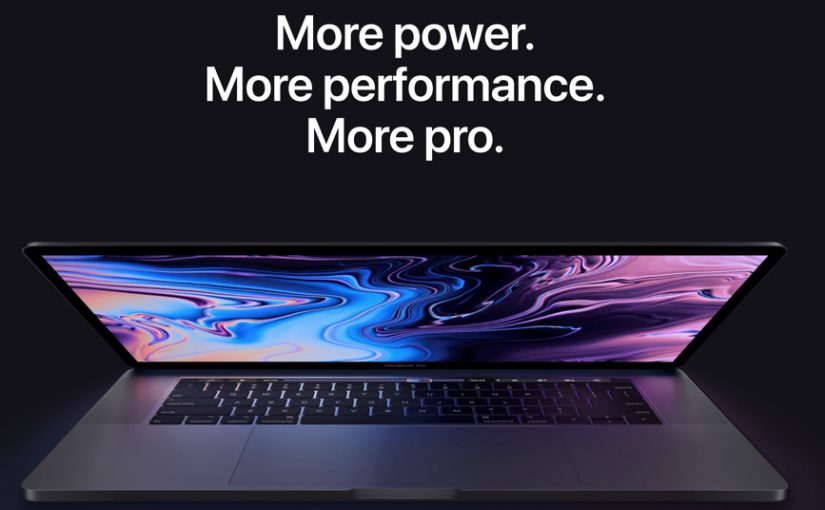 “One of the talents of the late great Steve Jobs is that he knew how to design Medusa-like products. While every Mac model has had flaws (some more than others), most of them have had a sexiness and a design sensibility that has turned many consumers into instant converts. Mac owners upgrade far more often than most computer users for precisely this reason.”

So I salivated on demand when Apple rang the bell last week and announced the newest version of the Macbook Pro.

I’m quite happy with my 12″ Macbook because I’m not a power-user of chip or memory – but the latest version of Apple’s high-end laptop is just beautiful.

Then, the cracks begin to appear in the illusion of perfection…….

First, we discover that they keyboard has had to be redesigned because the keys keep sticking.

The result is the admission of a deign flaw and a promise to make things better (it’s the equivalent of a car being recalled by it’s manufacturer because the doors won’t open).

Today, we hear that these beautiful and very expensive new Macbook Pros are overheating and slowing down.

Apple have admitted in the last 48 hours that they have discovered a bug in their chips that leaves the hapless designer looking at the screen and suffering a cardiac arrest when their graphics aren’t rendered quickly enough.

First-world problem though that is, it’s indicative of a slippage in an image of Apple as people who just get things right.

Steve Jobs was arrogant and would often accuse his critics of being misguided.

I’ll say this for Apple in the Tim Cook era though – they have stayed calm in the face of the criticism of the new Macbook Pro. They have admitted their mistake and proposed a solution. There has been no arrogance in this.

Likewise Facebook and Zuckerberg, who have stayed calm in the face of the criticism of their data protection, have apologised and announced what they are going to do about it. No arrogance.

So what has this to do with the business of dentistry?

As always, there is a metaphor at hand.

Today I’m reminded of a phrase one of my earliest managers shared with me back in the 80’s.

“Chris – use the propaganda about yourself but don’t ever believe it”.

This sage was telling me that, even though I might one day hear the applause of a crowd, the gratitude of a happy client or the appreciation of my peers – I should never start acting as if I was the person they were holding me out to be – the perfect version of me.

At last night’s Study Club meeting in Guildford, a few of the delegates introduced themselves by reminding me that they had heard me speak before, one over 10 years ago and another 15 years ago.

I was reminded (in the nicest possible way) that, back in the day, I was significantly more arrogant than the current version of me, swanking around on the stage in my Oliver Sweeney shoes and telling the audience how well I was doing.

Cringe – I’m embarrassed when I remember that person. The Steve Jobs version of me.

Thankfully time (and a few catastrophes along the way) have eliminated that bloke.

I still, however, meet people in dentistry who arrogantly believe that they are perfect, simply because they are doing well. Have you noticed how those people rarely listen to feedback unless it is supports their view of things?

In business, we are all trying very hard to deliver at the highest possible level – we genuinely want our clients/patients and team to have the best experience possible.

But, like Apple, we are NOT perfect, we are perfectly imperfect – and it’s what we do (and how we do it) when things go wrong that define the level of emotional maturity that we have achieved.

We forgive quickly when that happens – and, of course, when the underlying product or service has “sexiness and design sensibility”, it makes the forgiving that much easier.

It seems that staying calm and remaining attractive are virtues when things go wrong (as they inevitably will).