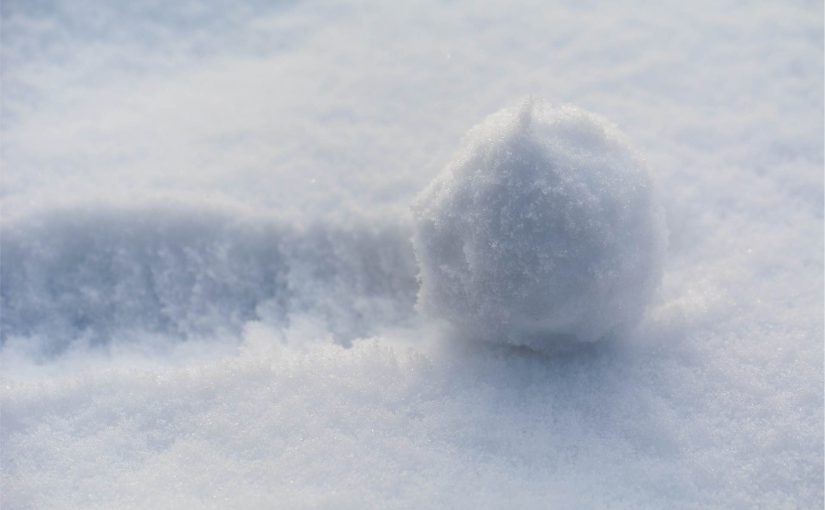 Imagine attempting to roll a snowball down a not too steep but steady incline.

At first you create the fist-sized snowball by compacting snow with your hands.

Then you place the snowball on the ground but nothing happens.

In fact, unless you are prepared to nudge that snowball along yourself, it will just sit there until the sun comes up and it melts.

If you do apply some effort, the snowball will roll and, as it does, pick up more snow from the ground and get bigger.

Frequently, progress is halted as the friction of the snowball on the ground acts as a brake to progress.

Eventually, as it gets bigger, the mass of the snowball allows gravity to overcome the friction of the ground and – voila! – we have a snowball rolling down the slope of its own accord.

Internal marketing is much the same.

You begin with the story of the difference you are making to real people.

The story will not travel unless you give it some gentle nudges in the right direction.

Eventually, however, enough nudges and the mass of the story overcomes the friction of audience inertia – and your story begins to roll of its own accord.

Successful practices never stop nudging their story – day in, day out – through word of mouth and social media, through web site and newsletter, through print media and visibility.

The more frequently you nudge, the greater the result.