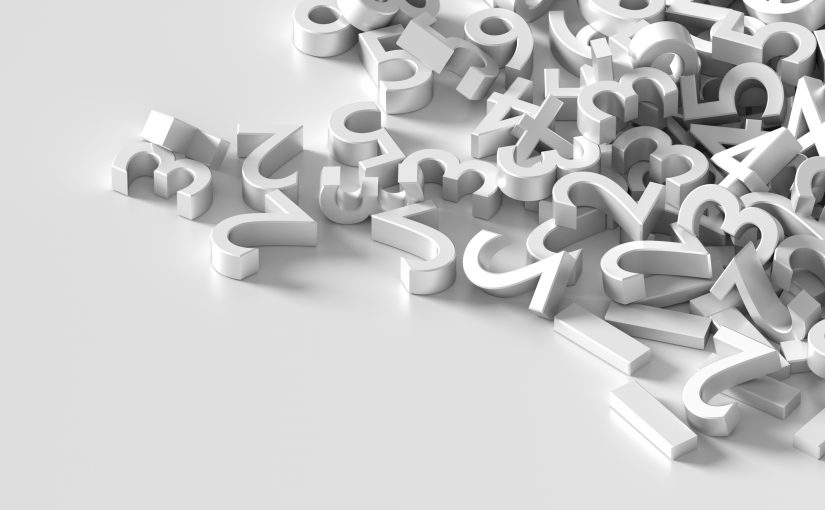 OK – perhaps a little harsh to describe everyone around (including you) as a liar but bear with me for a moment (I needed to get your attention).

Have you noticed that when you ask:

We may not set out to mislead ourselves and those around us with the gusto of a President but we certainly do tell ourselves and others around us whatever VERSION of events suits our world view.

It is for that reason that some owners I meet seem to be ignoring the reality that their business is a leaky boat, deluding themselves that they will avoid sinking just as long as everyone keeps rowing as fast as they can.

Which, thankfully, is where the numbers come in.

You see, numbers don’t have an ego and don’t get emotional – numbers are just numbers.

Looking back, I probably excelled in maths at school because I was the early-teenage only child of drunken parents and a partial recluse – I found my peace of mind in books and numbers, not in family or friends.

Here I am half a century later investing time every year in constantly training for marathons, reading 30 novels, spending over 100 nights in hotel rooms, getting off the grid and loving spreadsheets – hmmmm.

(for the record, I love my wife, my kids, my dogs, my team, my clients and my 15,000 strong online network – but I still don’t have many friends outside of that – lol – and do hugely enjoy my own company)

Back to numbers – a friend for life who will have no hesitation in telling you when you are being a chump.

The reminder that prompted this post was yesterday’s morning conversation with the delegates at The Campbell Academy year-long business course.

They had already been subjected to a day of Excel familiarisation by the extraordinary Charlotte Harrison (Colin’s secret weapon on numbers – she’s an X-Woman) as well as the usual Glaswegian rants of their talented host, so when I met them for beer and curry on Wednesday evening it was no surprise that they were ready for a bit of hair-descending fun.

The bleary-eyed start to Thursday was, therefore, predictable (“are you sure you should have another drink?” “Yeah, I’ll be fine” – see what I mean?) but after a rapid infusion of above-average caffeine it was straight into a discussion of KPI’s in independent practice and examples of the “Magical 10” industry benchmarks for:

Actually, they are not magical at all (which is precisely my point – I lied about that to make them seem sexier) but holy crap, they are mission critical. So let’s re-name them The Critical 10.

I’m not sure whether I’m surprised anymore by this but most of those attending (and they were an audience of over-achievers) didn’t know their own Critical 10 numbers and/or didn’t know the Critical 10 benchmarks for practices like themselves.

Which, if you stop and think about it for a moment, is scary.

THESE CRITICAL 10 NUMBERS NEVER LIE TO YOU and will reveal every leakage of profit from your business, every under-performing system and badly-behaved person.

Thus, you will silence the liars – first the one inside your head and then all those people around you who are telling you what they think you want to hear.

It’s time to stop listening and to start counting.

Let me know if I can help.