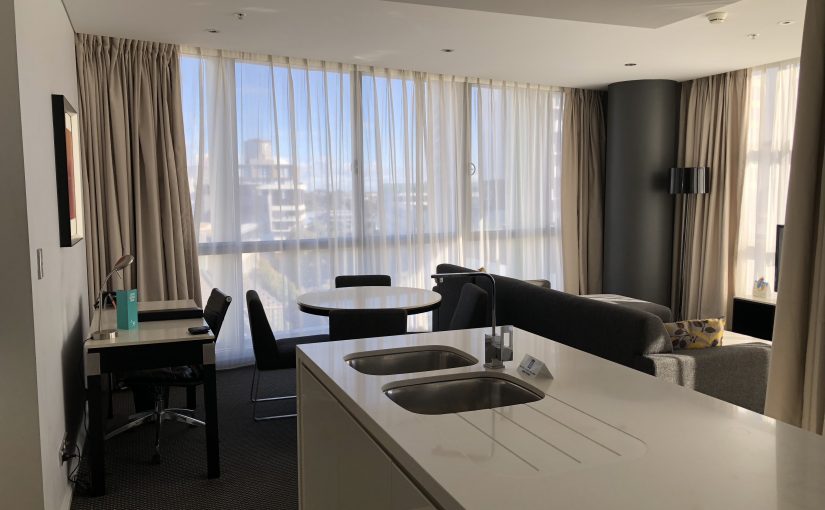 A very good afternoon from my apartment in Zetland, a southern suburb of Sydney, New South Wales, Australia, where I’ll be based until Monday next.

My 21+ hours in the air with Emirates passed comfortably enough, in spite of a 2-hour delay in Dubai whilst a passenger with health problems was treated.

One of the many highlights of the trip was staying in almost constant communication with home via onboard WiFi. I know it’s a bit of a cliche but I am still amazed that I can sit at 40,000 feet, travel at 575 mph and exchange messages with my eldest son Jon while he walks dogs by the River Bollin in Cheshire.

My grandmother travelled to Australia in the late 60’s and she may as well have been serving on the International Space Station for all the fuss that we made of the journey. (There is a classic Barrow family story that her luggage was pulled at security and the two suet puddings in her suitcase impounded).

I last travelled here in 1986 to attend a financial services conference in Melbourne, stopping in Sydney first for a 48-hour tour. I remember almost nothing of the trip, apart from an amused steward asking me why I was packing my cabin bag after the pilot announced we were crossing the Australian coastline – “we have another X hours to go sir” he said, looking pityingly at the working class Northerner who had never travelled further than The Med.

I’m busy adjusting my body clock to the demands of a new time zone and also keeping a close eye on the UK clock, so that I can continue to post this blog at about the same time of day, as I receive so much feedback that The Coach Barrow blog has become an accompaniment to morning coffee.

Once I’ve had a good night’s sleep (starting in the next few hours), I should be back in the zone and want to take the opportunity this week of sharing my experiences with you whilst I’m here.

Let’s see what metaphors we can find that will help you personally and professionally. Today I’m just having a ramble with you as my brains are definitely upside down in my skull.

On arrival at my apartment, my first act after unpacking (I’m one of those infuriating neat freaks who unpacks and hangs or folds everything as soon as I walk in the door) was to walk 30-minutes to the nearby Centennial Park and into the local cycle rental where I had pre-booked a road bike for the next 3 days until my workshop starts.

Riding back to my apartment was a challenge for two reasons.

First, a terrific wind blowing across the city today, with some unnerving gusts making it difficult to stay upright.

Second, becoming quite lost on my return, with no handy Google Maps to bring me home as my signal wasn’t strong enough.

I had to bring out all of my Spidey-sense to guess the correct general direction and then finally locate my starting point after a couple of near misses.

Another reminder of the extent to which we have become dependent on those smartphones of ours to get us out of every challenge the world throws at us.

I’ll be calling Annie in an hour to say “hello” and then fighting the desire to sleep for a few more hours – but not many – fingers crossed I’ll be more like myself tomorrow – stay tuned for Coach Barrow’s Big Australian Coaching Adventure.

One thought on “G’Day – my first day in Australia”