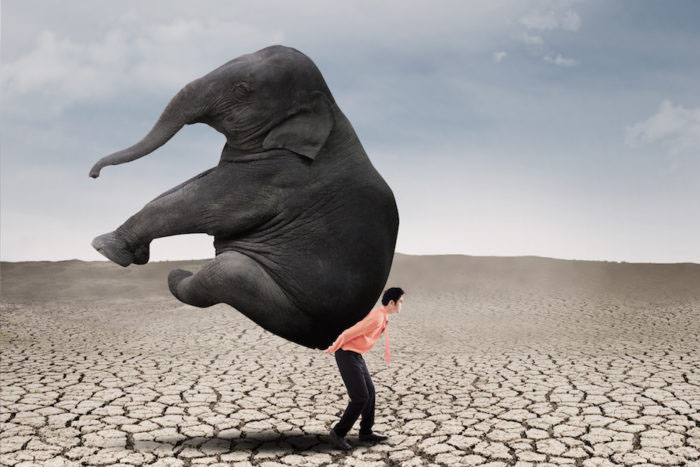 There are two creatures who need to be absent from a room before a good conversation can take place:

The Elephant and The Egotist are an exhausting combination that prohibit growth and are a portent of doom.

When you spot either – run a mile.