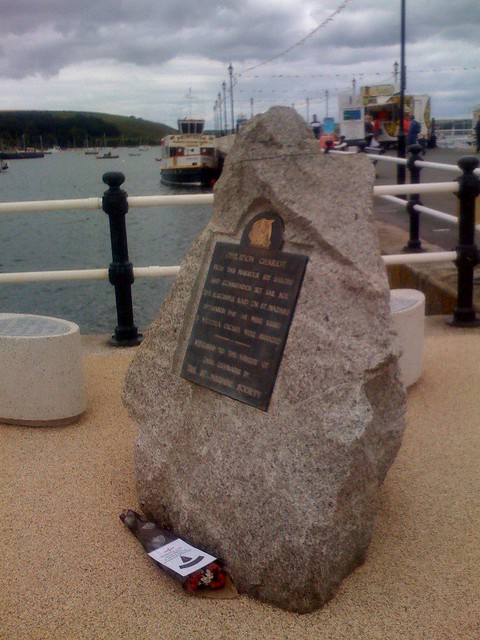 TRH’s the Duke and Duchess of Cornwall were in town yesterday to
rededicate the memorial to the 600+ service personnel who left from
here to embark on one of the most audacious raids of WWII – St Nazarre.

5 Victoria Crosses were awarded and Camilla’s own father was taken POW
after the raid.
Worth catching up on the history – a real ripping yarn that would have
Indiana Jones quaking.
Truth, as always, leaves fiction standing.