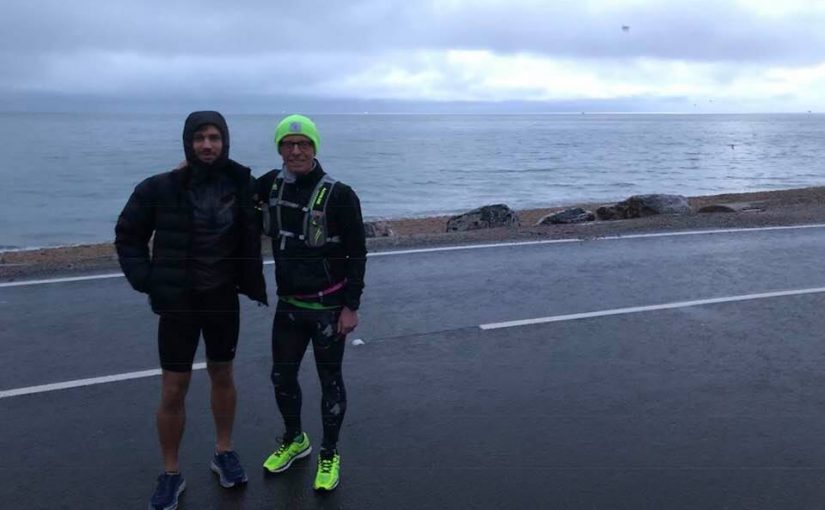 The bottom line here is that in Saturday’s South Devon Coastal Trail Marathon, after 4 hours and 45 minutes, I was pulled out by the race Marshalls as I failed to meet the cut-off time at 28 km by a good 25 minutes, by which time the course ahead of me was closed.

It was a frustrating end to my run and yet I felt perfectly calm as the bad news was delivered and I began my lonely (and thankfully brief) walk back to the finish line, to meet with Josh Barrow, who finished 13th overall, having completed the course in 4:30 (compared to his usual 3 hours).

Some mental arithmetic on my way back revealed that, at the pace I was making, I would have completed the run in around 7 hrs 40 minutes and, thereby, probably have injured myself for some weeks, if not months.

So, as a 4:45 street marathon runner, what lessons did I learn from the day?

1. Before embarking on a new adventure, make sure that you get the right equipment. I’m a little embarrassed to say that I ignored the organiser’s instructions and arrived in my Asics running shoes, when they had made it clear that trail shoes would be recommended. I am going to do more of this type of event and so a trip to the shops will now follow.

On the day, the conditions were appalling after heavy rainfall the night before. It would be safe to say that the course was either ankle deep in cold, wet mud or required total focus to run across rocky coastal paths. The rocks were no problem but the mud was never-ending and within minutes of the start, I was sliding around all over the place, hence the slow pace.

2. Think about whether you are really up to it. The race notes made it quite clear that this particular event is considered the toughest organised by EnduranceLife, carrying a technical score of 4 out of 4 for difficulty. Not the least of which was a daunting 4,500 feet (1,300 metres) of elevation. That’s the equivalent of adding an ascent of Ben Nevis (the highest mountain in Britain) to your marathon schedule. After a week off the road with a niggling knee injury and after cancelling my first marathon of the year with a tummy bug, was I really ready or did the bravado take over?

So two very costly lessons learned about preparation and reading the instructions carefully.

In spite of my initial disappointment, there were a number of positives to take away from the weekend.

1. The sheer enjoyment of a Dad and Lad weekend cannot be underestimated. I’m lucky to have 5 adult children and we all have very busy schedules, so the chance to spend a quality 36 hours together with one of them was priceless. The 5-hour car journey each way was a wonderful chance to simply catch up.

2. I’ve been fortunate enough to run half and full marathons with two of my sons and I’m hoping more of them (male and female) may be able to do that in the years ahead. There is a special magic in being at the start line with your kids, whether or not they run with you or whether you finish.

3. I want to share with you a very special moment from the weekend. I staggered wearily back into the race headquarters and Josh came over, put his arm around me and offered his sympathy before we compared notes on this, the world’s toughest Tough Mudder!

As we talked I looked across the field to the finish line, where those completing the course were being cheered on by a small but brave cohort of well-wishers braving the cold winds. Josh could obviously see the regret in my expression.

“Why don’t you ask the race organisers for a half-marathon medal?” he asked.

I replied that would be against the rules but he dragged me over to one of the EnduranceLife team and I asked, “Do you mind if I ask you an awkward question? I’ve just been pulled at 28 km for missing the cut off time. Is there any chance I could get a half-marathon medal?”

He looked at me and asked “What – you don’t have any medal?”

“Come with me” he said as he led me across the field and into the finishers tent, where he lifted a barrier and invited me through to the medal presentation area.

Reaching across, he lifted one of the CTS (coastal trail series) medals and, with great ceremony, asked me to bend my head whilst he placed the medal on my shoulders and shook my hand, commenting “well done, anybody out there today deserves a medal, no matter how far they ran.”

I just looked into his eyes and asked, “Can I give you a man-hug?” and we embraced.

I emerged from that tent arm in arm with Josh and feeling as if I had just won the race.

My expectation was “computer says no” and what I got was a moment of truth – a moment of delight that exceeded my expectations and will make me a friend and fan of the EnduranceLife team from now on.

In three weeks, Josh and I will be back at the start line with EnduranceLife at the Northumberland Coastal Trail Marathon, another 27 miles off-road but this time with less than 1000 feet of elevation.

I’ll have the right gear, I’l be training between now and then and I intend to claim a finisher’s medal this time.

Which brings me to my final lesson from the weekend – and I can do no better than to quote the mission statement of EnduranceLife: 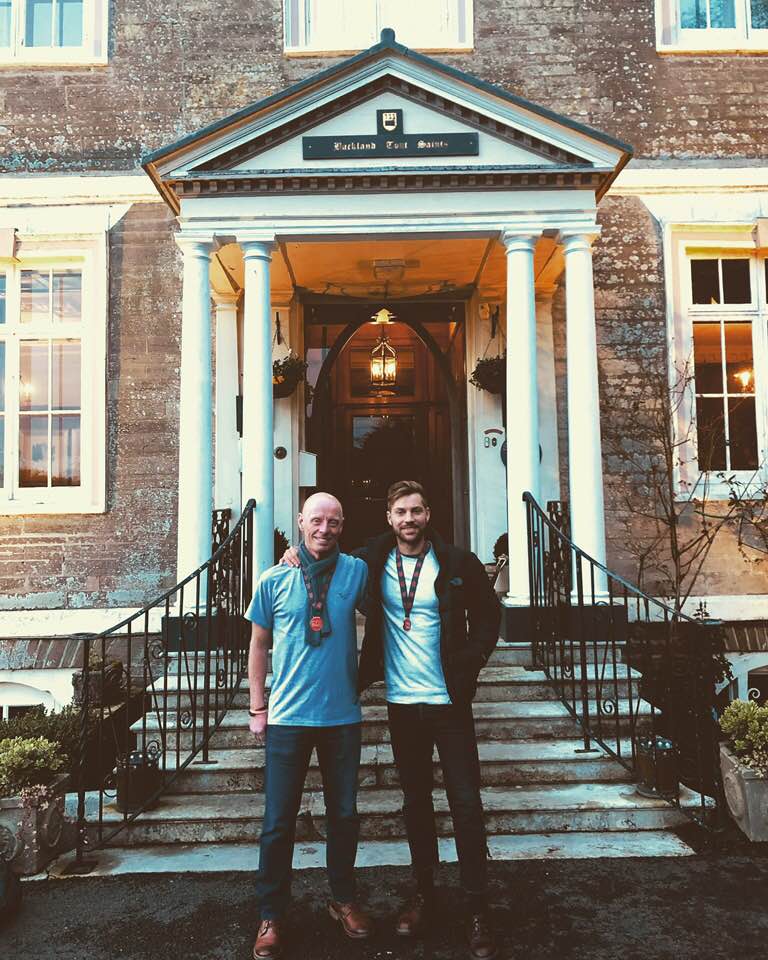