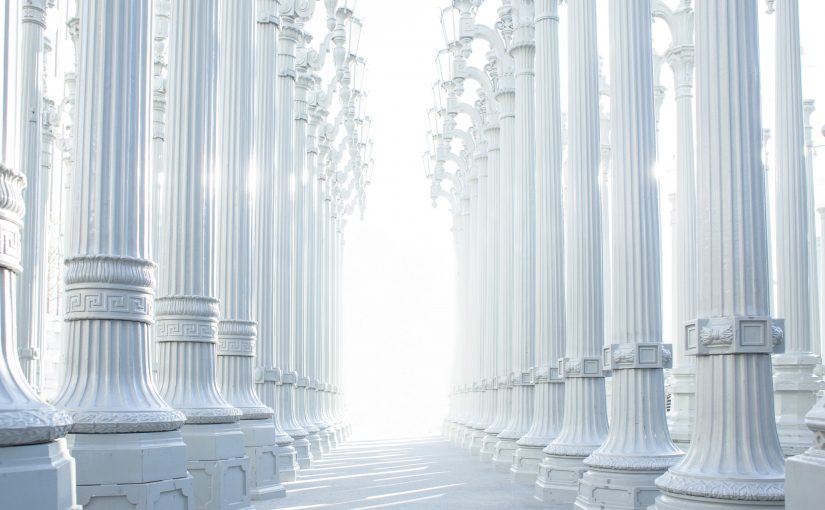 Many years ago I stumbled across a superb 6-minute video on the Four Seasons Hotels web site, in which founder Isadore Sharp talks about their core values as an organisation, described as The Four Pillars on which the organisation is built:

You can watch the video HERE.

It includes one of my all-time favourite phrases about customer service:

we are looking for people who have similar attitude and values and this isn’t something that we train people for, this is the way they have been brought up

I find the content inspiring and even though the video production is now dated, as relevant today as ever.

Yesterday I returned to Norwich for a meeting with managers Teresa and Alison at Norfolk Dental Specialists.

Incidentally, NDS are the current holders of the Coach Barrow “favourite dental web site” award – so visit and learn.

As usual, we took a long look at the numbers year to date, analysing the latest P&L, looking at their KPI’s and measuring OCPSPD and associate profitability (if you don’t know what all those letters refer to, read back through this blog to 2004 – or call me!). I was delighted to see how the year is progressing for them.

I want to share (with their permission) their own “Four Pillars” – and quickly give credit to the fact that this document wasn’t developed by me – it was the result of earlier work done with both Sheila Scott and Kevin Rose. 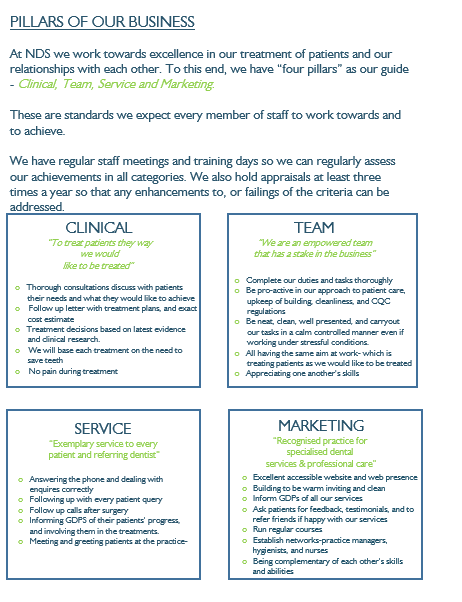 Another old workshop favourite of mine is to talk about the regimental standards and banners carried into campaigns by armies.

I’ll often reference a Roman Legion, whose standard would include:

All of which were reminders of why the army was marching into battle.

I love this document, because it holds all the team to account for their actions and attitude.

Too much time can sometimes be invested in business plans, spreadsheets and mission statements – not enough on standards of behaviour, whether it’s a global hotel group or a specialist referral practice.